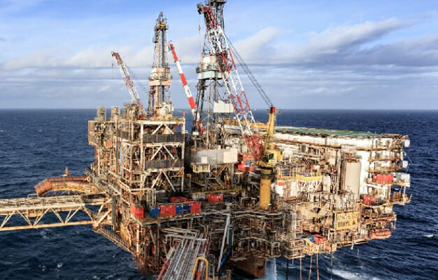 First oil has been produced from the Garten development in the UK North Sea.

US oil major Apache Corporation said the discovery well, located six kilometres south of the Beryl Alpha Platform, is currently producing more than 16,000 barrels of oil equivalent per day, less than eight months after being drilled.

The recoverable resource is expected to exceed 10 million barrels of light oil plus associated natural gas.

Jon Graham, Region Vice President for Apache, said: “We are proud to have brought the Garten field online well ahead of our original target of first-quarter 2019. Performance from the three zones we tested is very encouraging,and we expect this field will significantly increase Apache’s reserves and production in the UK. With exposure to strong Brent oil and natural gas prices, Garten will be a notable contributor to Apache’s cashflow in 2019.”

Oil and Gas UK added first oil from the field “shows the agility” of a competitive UK Continental Shelf (UKCS).

Upstream Policy Director Mike Tholen said: “To have delivered a project from discovery to first oil in just eight months shows the remarkable agility of the UK Continental Shelf as it continues to become more competitive.

“Apache have shown what can be achieved through a constructive and collaborative relationship with its supply chain. This is great news for everyone involved in the project, and to the wider industry who will be keen to share in the lessons learned. It is further proof that the UK’s offshore oil and gas industry is staying the course on the road to Vision 2035.”